A campaign on creating awareness regarding the negative impacts of early marriage was held at Notakhula high located in Lechoragonj union of Harrirampur sub-district of Manikgonj recently. A total of 700 persons comprise teachers, students, youth, members of local elected bodies, NGO activists volunteers and people of different occupations participated in the campaign. 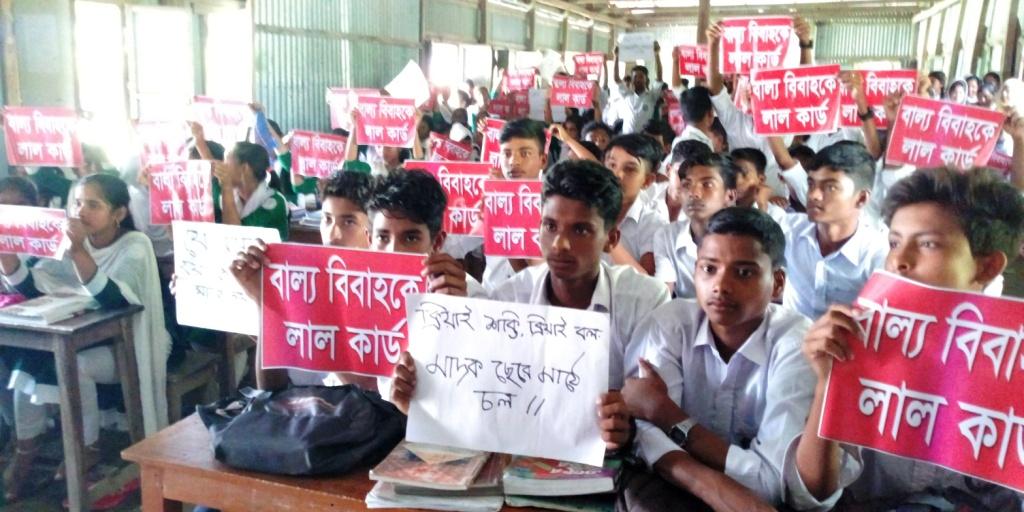 The campaign program were arranged by some youth’s organization namely Alor Path Sangathan, Open Friends Club and volunteer team with facilitation assistance from BARCIK. The students who participated in the campaign uttered slogans such as ‘Show red card to early marriage’, ‘No more discrimination towards the women’, ‘No one should get married before the age of 18’ and ‘Say no to drug’ while they approach in rally with banners, festoons and placards in their hands. 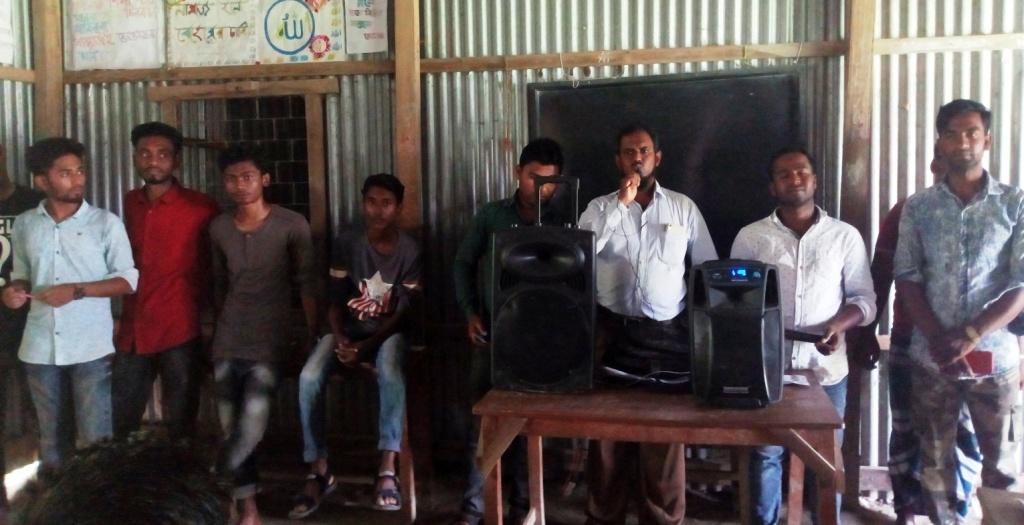 The UP chairmen of Lechoragonj Union while delivering speech as chief guest in the discussion session said, ‘Many guardians of this Union come to me for certificate of their daughter telling me to give adult certificate so that they can set marriage of their under aged daughters. I straightly told them that I cannot recommend and I never participate in any invitation where early marriage is taken place.’ ‘The students should get themselves in sports and games so that they could keep them away from drugs and their parents need to come forward in this regard to encourage their kids.’ 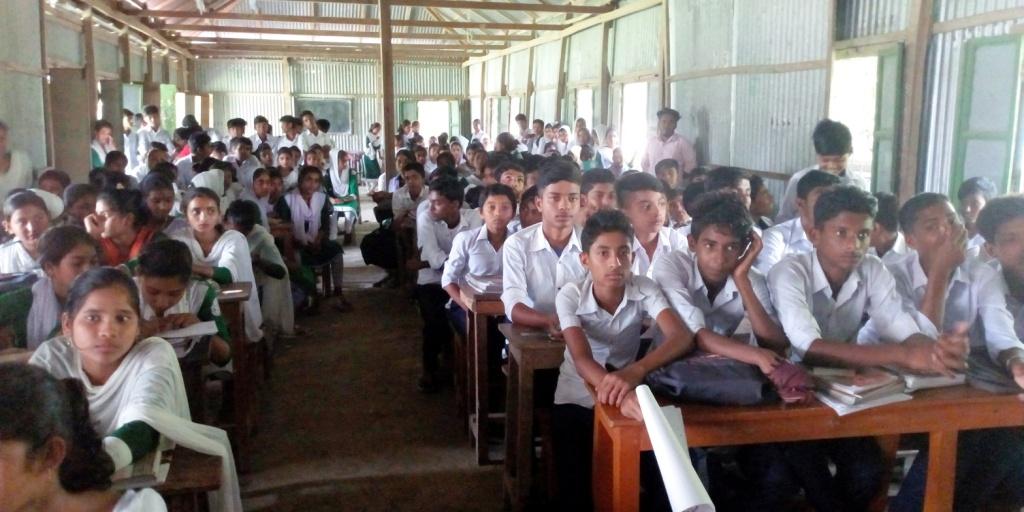 Headmaster of Notakhula high school Jahangir Hossein said, ‘Women health is at risk when they become victim of early marriage. So, the guardians should perceive that their girls can contribute in social development if they are given opportunity to study and receive higher education. Thus, the rate of early marriage will decline in this area.’ President of Open Friend’s Club Mizanur Rahman said, ‘Early marriage and drugs are social diseases. We will not progress ahead without wiping out the social diseases. Student of Notakhula High School Shumaiya Akter said, ‘We the students should take lead role to resist early marriage. Our guardians should realize that we want to study and to ahead for our own progress. They should not arrange early marriage of us which shatters our dream. We hate early marriage. We, therefore, request school, college and social organization to come forward help us preventing early marriage.