Formation of land in Barind region is geographically different from other agricultural ecosystems of the country. Most of the land in this region is high and low form. This type of land in English is called “Terrence Land”. These types of land vary from one to two inches to six inches to twelve inches. The problem is that due to high and low variation, irrigation problem can occur in any kind of crop cultivation. Construction of water drain, the longevity of the drainage, the waste of water and the availability of water are main irrigation problem. Basically, the farmers of the Barind region have invented themselves a new method for irrigation purposes, which is named “Chew Jaun”.  Supplementary irrigation is to be applied in the field of all crops except rainfed aman season in Barind region. Although the distance of the cropland is less than the tube well, due to the high-low variation of the land, it takes too much time for the water to flow through the channel. Due to the waste of water, the cost of irrigation is increased and due to the high level of flow of the channel, the drain breaks every year, drain maintenance costs are more costly. Again, due to irrigation, land degradation reaches extreme levels. And this is the beginning of the dispute between the peasants. However, this problem is not seen in the ‘Chew Jaun’ method developed by the farmers. 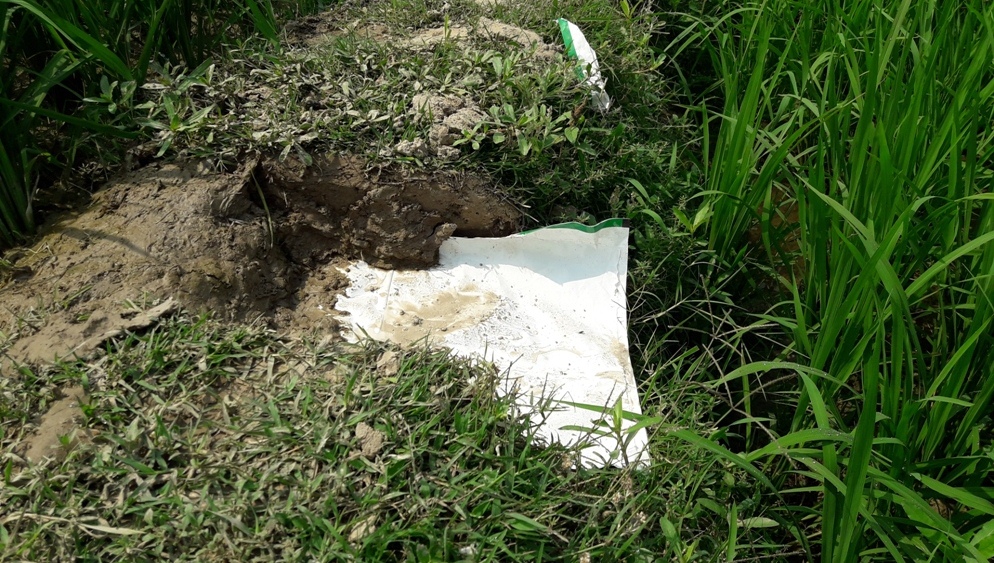 Considering soil erosion and irrigation costs, the availability of water and the intermediate time between one and the other irrigation the farmers used their own mediocre discussion and coordination to treat crop fields as irrigation channels. This method gives the farmers the name “Chew Jaun” method. In this method, land from one land to another is low because irrigation started from the high ground. In such a way, the irrigation works are done periodically late in the lower land. Then, gradually all the land was filled with irrigated water. Around the middle of the two crops field are made using polythene. The farmer of Borshipara village of Godagari upazila of Rajshahi district Bachchu Mian (45) said, “The main problem of irrigation in our area is that, in the right time we do not get water for irrigation purposes. Due to the high ground level of the land and due to water irrigation, soil erosion and ground aisles were easily broken. To solve this problem, we are conducting irrigation work in this manner by discussing with neighboring landowners.” He also said, “due to the operation of irrigation works in the process of cultivation, the availability of water in the crop field is ensured at the right time and prevention of soil erosion are assured. 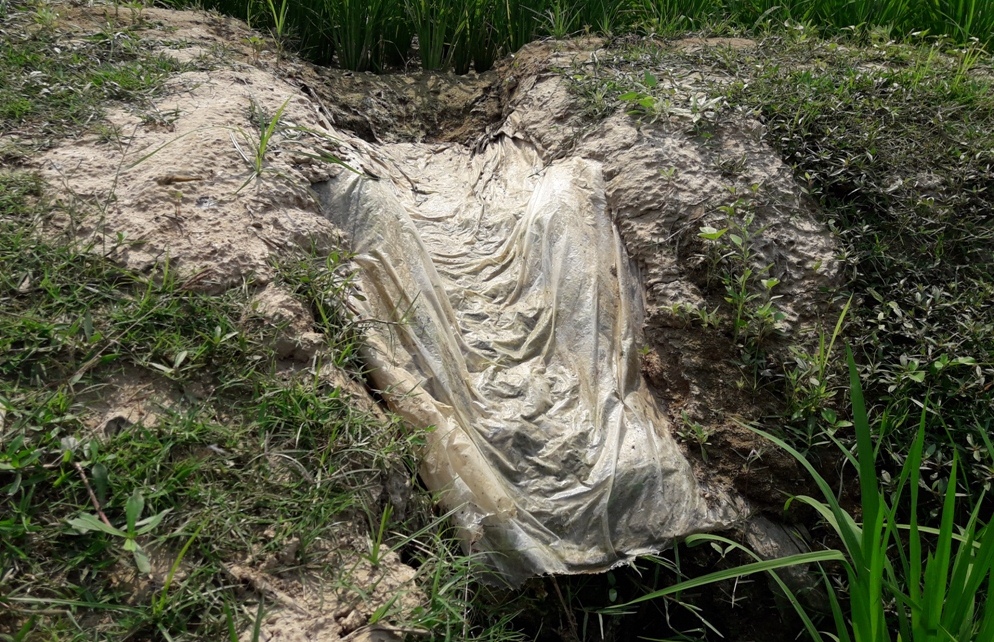 Farmer of Bottoli village in the same upazila Anwar Hossain (48) said, “Seven to ten irrigation is needed in our area, especially in Boro rice cultivation. Since we use the “Chew Jaun” method, there is less than one to two irrigation in Boro rice every year. Which is very useful for our area.” The BMDA deep tube well driver of the same village Asraful Alam (42) said, “usually, it requires three to four hours time to complete the irrigation of a bigha (33 decimal) in the boro season. But when the farmers are using the approach, it shows that two bighas (66 decimal) of land are filled with water in four to five hours. From this, as the cost of electricity is being saved, underground water is also being saved. Which is very useful for our country at the present time. “ 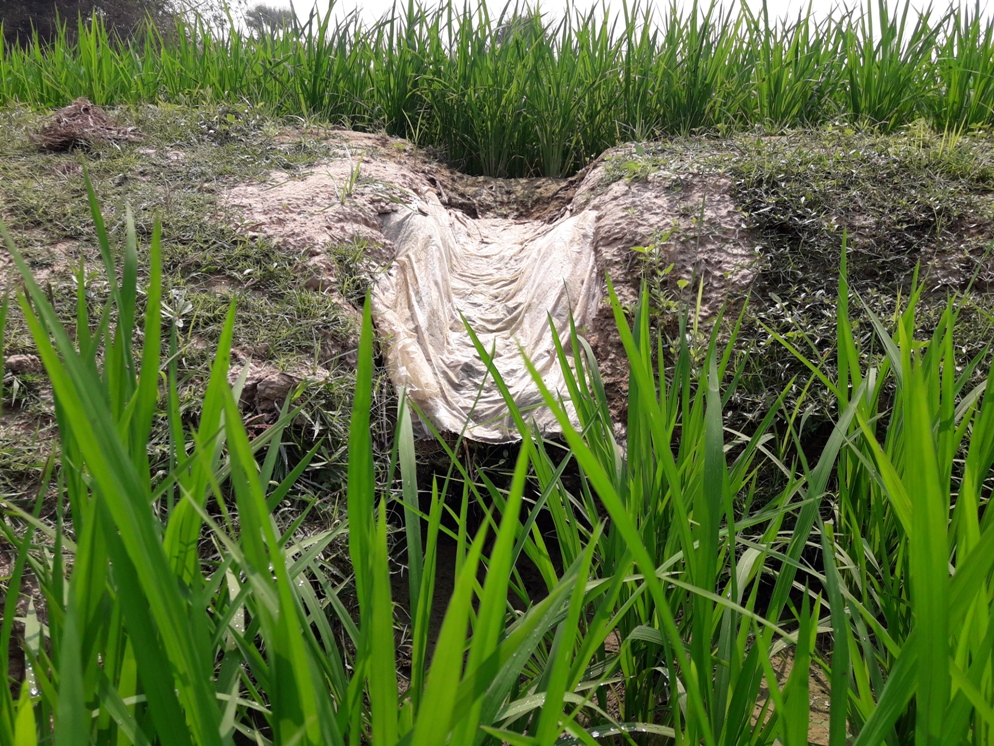 The peasants of every agro ecosystem of Bangladesh are creating some effective examples through their own work. The irrigation “Chew Jaun” method is such an example of Barind region. Which is currently playing a direct role in preserving the underground water of the Barind region. From this, farmers of Godagari region think that if this method is applied by all the farmers of the big Barindra region on their land, then there will be no problem of water in Barind area.