By Orpona Ghagra, from Kalmakanda, Netrakona 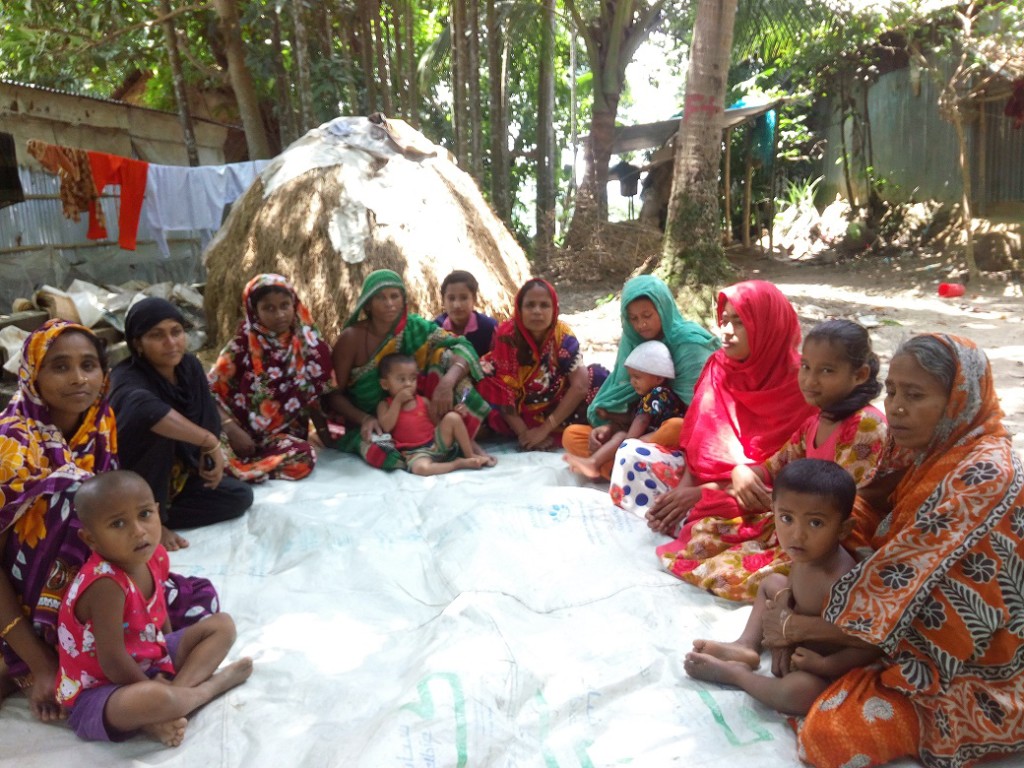 Women are bonded by the rules of social norms; leadership thinking is unimaginable to them. Due to the violent incidents, villagers are often deprived of some basic and fundamental human rights. Sometimes, the local government/administration does not notice the problems of the villagers due to being disconnected. Apart from that, the local government representatives come only before the election opined the villagers. So in order to overcome the problem of the area, in 2012, with the help of BARCIK, 20 women of the village formed a women’s organization called ‘Ashar Alo’. Some notable achievements of various development activities of this women’s organization were summed up below:

The first step of the organization’s activities was to bring rural children to education. A farmer of the village named Sheikh Dullal, gave 4 kathas (32 decimal) of his land for establishing a school, in 1995 with the initiative of the local community. But after1-2 years the school got closed due to unknown reason. The schoolroom also broke down. Due to lack of education-friendly environment, instead of studying many children are being employed in various risky labor in the area. Eventually, the members of the organization took the initiative to establish a school in association with the help of BARCIK communicating with the FIVDB, an NGO working on child education. In 2013, with assistance from FIVDB the members of the organization consulting with the people of the area started to build small-scale school houses and run the schools themselves. They also contacted and made the local administration involved in the process. The members of the women organization also afterward made the process to nationalize the school. As a result of their efforts, gazette was done in 2014 and in March 2017, it is regulated in the name of Bishara Reg: government primary school. Now, all the children in the village are studying in that primary school and the number of dropped out has shrunk. 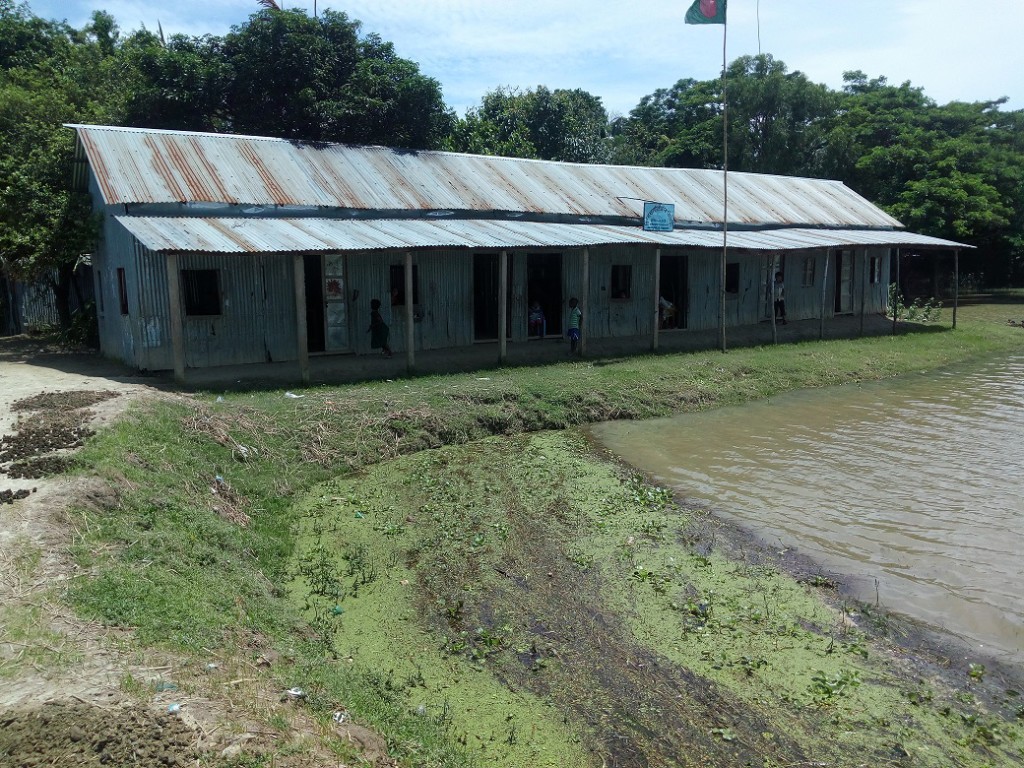 On January 3, 2015, the Honorable Parliamentary Member (MP) of Netrokona-1 was present at the inauguration of the Kalmakandar Dubiarakona graveyard. On this day, the members of the women organization were present in front of him to perform a procession with banners. The president of the women’s organization named Ayesha Khanam, told the MP about the overall problem of the area, demanding the development of the area. Then the MP hearing their problems sent DO letter along with an application to relief office order to solve the problems of the women. Thus, in January 2018, the roads of the village were constructed and prepared with the observation of the MP. Before that, in the year 2017, the electricity connection was also connected in the area. Apart from the above work, the ‘Ashar Alo’ organization also extended helping hands to the persons with a physical disability, senior citizens and other marginalized people by working to get them a disabled card, blankets for elderly and white sticks for visually impaired and old age allowance for older persons. Apart from this, arrangements have been made for the people of different types of services and facilities through regular contact with the service delivery organizations and local administration. 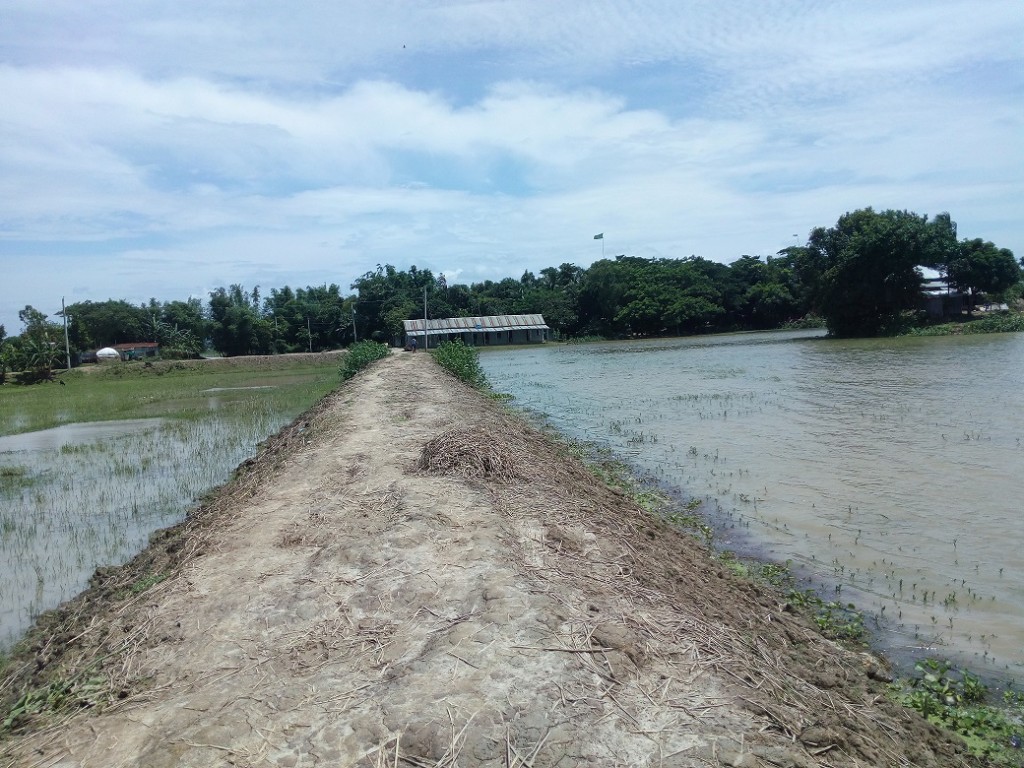 However, the success was not smooth; they had paid many of their exemptions and labor. When there was a movement for the streets, no men in the area were with the women. Rather the men criticized the efforts made by the women. But the sincere works of these women have been able to silence the men and now both men and women shared a good relationship and are working together. The acceptance of women has increased. Now everyone respects their leadership. They are now also become an example for other organizations. The foundation of confidence in them has been strong. From this self-confidence, the organization’s president, Ajufa Begum, said, “We did not know about any kind of opportunity we would get before. Now we can communicate everywhere, we can speak. We know where to go and work. We have the courage that if we are united we can succeed to make a change in our life and livelihood. BARCIK has recognized us a lot, taught us a lot. Now all the time, we get the courage to do all the work.”