Abdul Karim studied up to standard five and as he came from of farmer’s family he got involved in agriculture with his father. His father bought a tractor for agriculture work. Once Abdul Karim got an accident while riding the tractor in his agriculture field. The accident caused him to lose one of his legs. Since then he became physically challenged person. His struggle starts from that time. Due to being physically challenged he noticed that the attitude and behavior of people has change towards him. He became the victim of negligence and underestimation. People around him tend to show compassion towards him. 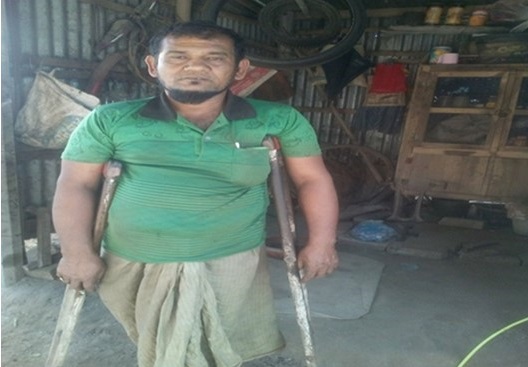